“When the Justice Department arrested the chairman of Temple University’s physics department this spring and accused him of sharing sensitive American-made technology with China, prosecutors had what seemed like a damning piece of evidence: schematics of sophisticated laboratory equipment sent by the professor, Xi Xiaoxing, to scientists in China.The schematics, prosecutors said, revealed the design of a device known as a pocket heater. The equipment is used in semiconductor research, and Dr. Xi had signed an agreement promising to keep its design a secret.

But months later, long after federal agents had led Dr. Xi away in handcuffs, independent experts discovered something wrong with the evidence at the heart of the Justice Department’s case: The blueprints were not for a pocket heater.

Faced with sworn statements from leading scientists, including an inventor of the pocket heater, the Justice Department on Friday afternoon dropped all charges against Dr. Xi, an American citizen.” “On Saturday afternoon (GMT), a landing module underwent a powered descent, using thrusters to perform the first soft landing on the Moon in 37 years.

The touchdown took place on a flat plain called the Bay of Rainbows.”

Image: Bay of Rainbows, The Moon. 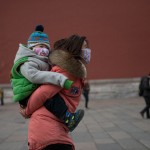 Christina Larson, “Air Pollution, Birth Defects, and the Risk in China (and Beyond),” at Bloomberg Businessweek (28 March 2013)